What Is Staff Augmentation — And Yes, Your Company Needs It

For many organizations, hiring in-house developers to address these is not always a viable option as recruitment can be time-consuming and costly. Staff augmentation helps companies retain full control over how stuff is done while giving them a much-needed boost in capacity and expertise. 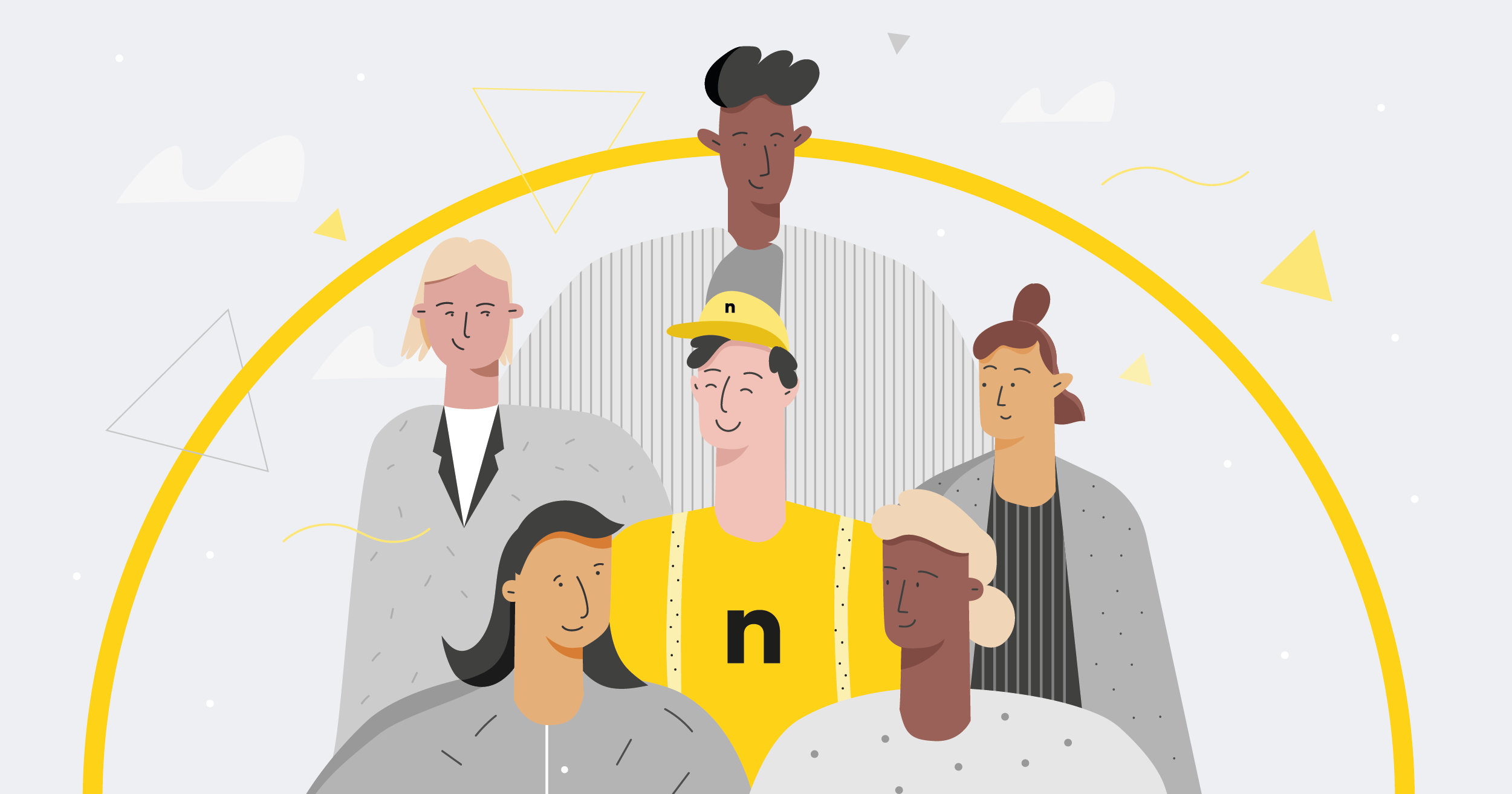 What Is Staff Augmentation and How It Helps Your Company

What Is Staff Augmentation?

Team or staff augmentation is the short-term hiring of third-party workforce with the aim to improve company business processes and operations.

What Is the Difference between Staff Augmentation, Managed Services, and Project Outsourcing?

The differences between the three models of outsourcing sometimes blur, with many simply using the term outsourcing for all three. But even though the difference is subtle, each outsourcing model means something else.

Staff augmentation lets you add developers on demand, at any point of your project’s life cycle either to fill skill gaps or speed up project delivery.

Managed services is the practice of delivering comprehensive and strategic IT solutions (e.g, IT processes, or business operations) on a continual, usually long-term basis.

Project outsourcing is an outsourcing approach where a software agency is responsible for handling a whole project (or its specific part).

Companies can look to staff augmentation for a variety of reasons.

You have a project you need to complete quickly but lack developers to do it in time. Finding the necessary talent and the hiring process itself would take too long. In that case, augmenting your development team with additional professionals can help you meet deadlines and decrease time-to-market (TTM).

Case #2. Get Special Skills for Short-Term

Some intricate parts of your project require expert insight and skills that your in-house team doesn’t have. It’s not viable to hire in-house specialists because of the short-term character of the project need. Augmenting your team with highly skilled engineers can help you overcome the skill gap.

Your company has multiple projects going on, some of which require different areas of expertise. Because the demand for those skills fluctuates, you need to be able to address it dynamically, as per project requirement. Staff augmentation lets you add experienced developers without worrying about additional time spent on in-house hires and administrative matters.

Your company is expanding and you’re building a team in a new business model or new location. Staff augmentation ensures the work goes forward and your capacity is uninterrupted while you take your time to complete the team.

You have an evolving project where adding new, innovative features is of crucial, but you don’t have enough developers to take care of the coding overhead. The augmented team covers the workload while the internal team can work on developing new functionalities.

While there are scenarios where hiring in-house developers works better than staff augmentation (we’ll bite into that in the next section), don’t let the common misconceptions prevent you from pursuing this effective model of cooperation.

One of the biggest misconceptions companies have about staff augmentation is the fear of IP theft. ‍

This fear is unfounded. A rogue employee has a lot less to lose after revealing sensitive or copyrighted information than a staff augmentation service provider. This is because the vendor’s business essentially depends on its reliability and trust in partnerships. Intellectual property theft could be a blow from which it’s impossible to recover. A blow effectively eliminating the vendor from the market.No reputable company can allow itself to sustain this kind of PR nightmare.

Myth #2. Anxiety in the Internal Team

While the anxiety among the in-house team members is not a myth — it sometimes happens that internal employees feel threatened by the addition of outsourced staff — the fear is unjustified.

The anxiety most likely arises from the misconception of what staff augmentation essentially is. Outsourced personnel is an extension, serving to perform a task and support operations, not replace the in-house team members.

While team augmentation means enriching the in-house development team with additional members, the level of immersion is different.

Outsourced teams don’t have to participate in all meetings to grasp minute details of the project and data. The key to good cooperation, therefore, lies in the backlog and clearly stated expectations.

The augmented staff works on items from the backlog that are well-defined and ready for development. Giving the team all the project context, in that case, is not necessary and would be a waste of resources. ‍

Note: There are business contexts where it’s impossible to address project needs without proper onboarding. In that case, the decision to hire in-house vs. outsource should be preceded by a close analysis of the processes governing project delivery.

Business owners often fear that outsourced teams will need plenty of information to get going. As a result, they fear that most of the paid time will be spent on project communication and bug fixing.

Experienced developers really don’t need all of that context to do parts of the project they have completed multiple times in the past. That’s why building successful augmented teams should be based on the proper alignment of outsourced teams with projects.

Team augmentation services have numerous business benefits for organizations of all sizes. Here’s what your company gains with staff augmentation.

Because you’re not delegating the whole project to a partner but incorporate additional developers into an internal team, you maintain complete control over how things are done.

By hiring only when the need comes up, you don’t incur recruitment expenses such as infrastructure and administrative costs. Knowing the cost of hiring an augmented team upfront also gives you better strategic insight into the future.

With augmented teams, the project goes forward even when your internal team members go on leave or vacations.

Staff augmentation lets you access highly specialized talent who can advise on various project issues. Highly skilled developers with experience can share their knowledge and quickly start adding value to the project.

While team augmentation can significantly boost capacity at companies, it’s not a one-size-fits-all solution. Certain factors limit the effectiveness of staff augmentation. In the below cases, it’s usually better to hire in-house specialists.

For projects spanning months and years, it’s more viable to hire internal specialists or outsource software development rather than use staff augmentation services. Before making a decision between staff augmentation and hiring in-house do a cost analysis, to check all the possible expenses connected with both solutions.

Grasping the context and acquiring domain-specific knowledge required to start working on a project increases ramp-up time of augmented staff, which beats the purpose of fast project onboarding that characterizes the staff augmentation model.

Staff augmentation is an excellent solution when the need for specialist skills is changing, but when that need becomes constant, it might be more feasible, both financially and operationally, to hire hiring someone in-house.

Good staff augmentation partnership is based on the proper alignment of the outsourced staff with the in-house team. This can generally be split into three steps that guarantee fruitful cooperation.

Proper alignment should always begin with an in-depth discussion about the project’s technical requirements and expectations. This helps verify the exact scope of tech skills needed and choose developers that meet the criteria.

In the next step, tech skills are put to practice on a selected task from the project. This step facilitates project familiarization and gives you an idea of how the outsourced team members work.

Based on the information gathered during the two previous steps, a team is formed. The team performs a test sprint together with the internal team. Best done on-site than remotely.

Outsourced staff should be able to swiftly integrate with the in-house team to start working on the project as fast as possible. Proper alignment, experience, and field-tested processes and methodologies help streamline the process.

How to Find a Reliable Partner for IT Staff Augmentation Services?

A reliable contractor is a prerequisite for this model of cooperation. To find the right one for your needs, take a look at the vendor’s:

Proven Record of Similar IT Projects

If a vendor worked in the capacity you want to hire it for, you’ll know its staff has the necessary acumen to work on the project. Case studies describing the work done and the result delivered give you a clear idea of what to expect.

B2B reviews sites such as Clutch can yield plenty of useful information about verified completed past projects. The same goes for the vendor’s social media profiles.

Established processes and methodologies ensure that the augmented team works efficiently and in an organized manner.

Because the staff augmentation model relies on the proper alignment of augmented staff with the project and internal team, preliminary talks and how the vendor intends to move forward (tech screening, test programming) will already give you an idea of how the cooperation will look like.

By leveraging team augmentation, companies can swiftly address changing business and technological needs. But it takes the right partner to fully profit from this model of cooperation. The right IT staff augmentation vendor works alongside the internal team, providing experience-backed input. When augmented staff patches skill gaps, it can share the knowledge and infuse the internal team with additional insight to achieve business objectives.

To be a trustworthy and reliable partner, augmented teams should be fully responsible for the business context they’re exposed to — taking a proactive approach in suggesting technical modifications.

Stay up to date with news on business & technology
Thank you! Your submission has been received!
Oops! Something went wrong while submitting the form.
Let your team focus on creative tasks. Take development off your shoulders
Contact us