350 miles in 30 minutes? HyperloopTT plans to do just that with its disruptive approach to travel. Using frictionless propelling technology touted as a “fifth mode” of transportation, HyperloopTT has the potential to revolutionize the travel industry.

Sounds far-fetched? Not when you can see it in action. HyperloopTT partnered with Magic Leap to use spatial computing to bring the futuristic vision of travel closer to reality, with the support of Nomtek who developed this first-of-its-kind application. 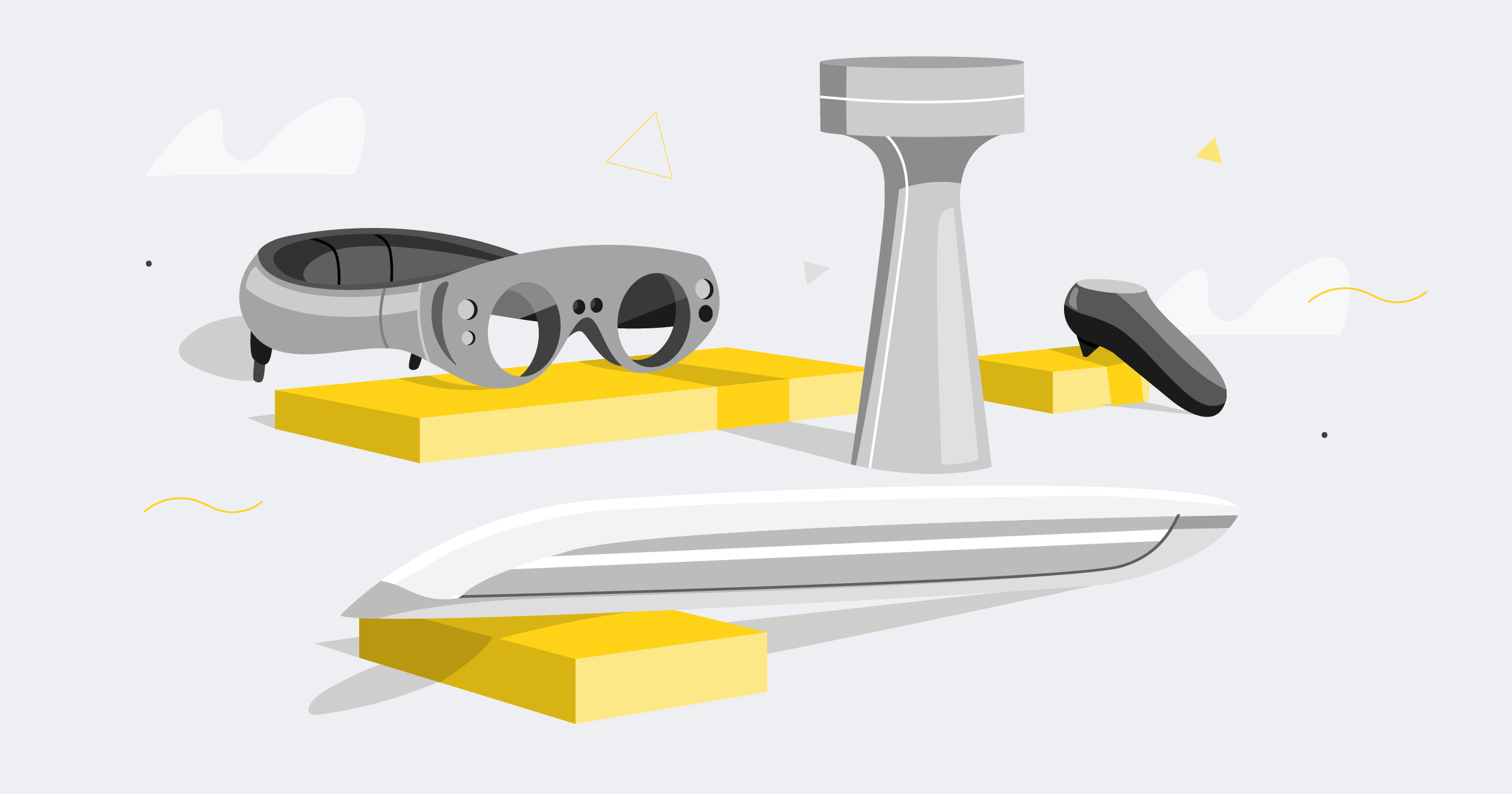 Hyperloop: When the Idea Bloomed

When Elon Musk presented the idea for frictionless tunnel-based travel in 2012, it marked the beginning of a race to build the innovative transportation system.

Founded in 2013, HyperloopTT was the first company that took up the challenge. After collecting $31 million in funding, the startup secured its place at the top of the list of companies pursuing frictionless high-speed transportation. The race began for real.

Fast forward to 2019, HyperloopTT has a team of over 800 engineers, multiple global projects in the going, and over 40+ patents filed. Among the locations is a key communication funnel in North America: multi-state HyperloopTT joining Cleveland, Chicago, and Pittsburgh.

Building a hyperloop that sprawls over 350 miles is a huge undertaking. HyperloopTT partnered with more than 80 public and private organizations to develop a comprehensive feasibility study.

And while the feasibility study offered important data-backed insight, HyperloopTT needed something that would help the decision-makers of the region better understand HyperloopTT’s vision of tube-based high-speed travel. Something that enabled full immersion that stretched beyond data — a spatial solution that could translate the visionary commuter-rail system into reality.

When looking for a partner capable of building a spatial (XR) product presentation for a press conference in Cleveland, Ohio, HyperloopTT reached out to Magic Leap, the leader in spatial computing.

Magic Leap 1 is a lightweight, wearable computer that brings the physical and digital worlds together as one. Using Magic Leap 1 enabled nomtek and HyperloopTT to visualize the designed transportation system and place it in the physical world for viewers to understand. Magic Leap’s revolutionary technology catapults users into an unparalleled experience of a digitally-enhanced future. Just the kind of solution for HyperloopTT’s key conference.

HyperloopTT engaged with Vivek Sharma & Dan Lehrich from Magic Leap  to understand the challenges HyperloopTT was experiencing and began incorporating a work plan to deliver value for enabling a scalable solution for HyperloopTT’s clients and investors.

<quote>“The HyperloopTT initiative was unique as they had already developed a VR solution. Upon realizing the use case, it was apparent that we could help create a collaborative experience that would not immerse users but enhance the discussions they were having,”<quote>

says Vivek Sharma, Sr. Director of Enterprise Sales. At which point Magic Leap Studios team was tasked with finding and designing the best solution to leverage spatial computing for their use case.

“Through several weeks of discussion and understanding the desired result, the Magic Leap Studios team was able to collaborate with Hyperloop to define the essence of experience. We were able to highlight and enhance through spatial computing the benefits and capabilities of HyperloopTT,” says Dan Lehrich, VP Production, Magic Leap.

Subsequent to the product and creative design, finding the right technology consultant for the project was critical considering the expertise and innovation required to deliver an application that would create the required impact in showcasing HyperloopTT's future project.

Nomtek's extensive experience designing and building XR experiences, along with their vision for showcasing the project, made them the ideal developer to work alongside the Magic Leap studios team to deliver a unique experience.

<quote>“Zero Iteration workflow allows rapid prototyping and testing of a Unity application for the Magic Leap platform using the Play In Editor mode with access to information from the device like head pose, world mesh, Control 6DOF and hand tracking. It allows us to check any changes we make in just a couple of seconds, which would otherwise require spending even a couple of minutes creating a full application package each time. One thing to note is that the application is actually run on your computer and not on the Magic Leap One device so eventually testing graphics, performance and some platform-specific mechanisms like permission dialogs will need to be done using full build,”<quote>

Magic Leap’s revolutionary technology gave birth to an outstanding XR experience, which Adario Strange from Next Reality News described as “one of the better Magic Leap presentations I've ever used.”

<quote> “I could finally see the 3d models in a real 3d, not projected on the monitor surface. This is a completely new experience, additionally reinforced by movement. The change of viewing angles, the possibility to look from all sides, the play of lights impossible to grasp in a traditional medium,”<quote>

says Konrad Ożóg, Lead 3D Designer at Nomtek involved in the project. According to Konrad, working on the HyperloopTT showcase was a mind-opening experience.

<quote>"As partners of Magic Leap, we've been at the forefront of the spatial computing revolution. Today, we’re seeing Unity’s augmented reality technology being utilized by more than half of the top 50 AEC companies and the top 10 best-selling automotive brands across the manufacturing lifecycle from design iteration, production to the marketing of the product itself."<quote>

When HyperloopTT’s feasibility conference came in December 2019, the audience could finally see the minute details of the next-generation transportation system. The showcase allowed the audience, some of which were US state officials, to understand how innovative frictionless transportation is—every attendee experienced firsthand how the hyperloop will look and move.

HyperloopTT’s mixed reality conference proved that a hyperloop connecting Cleveland and Chicago will not only speed up travel between the two cities but also impact whole industries, creating almost a million jobs and stimulating the local economy with billions of dollars.

Close partnership with trust and mutual understanding helped Nomtek realize HyperloopTT’s goal of creating a fully immersive showcase. A showcase capable of transforming the futuristic vision into a spatial computing application, where boundaries blur and the digital becomes palpable. Without that close partnership and Magic Leap’s state-of-the-art spatial computing technology, it would be much more difficult to show how game-changing hyperloop is.

<quote>“They’re one of the best developers I’ve ever worked with.<quote>

<quote>The solution delivered by nomtek has received overwhelmingly positive feedback from all test users and has inspired confidence about the success of the project among their client’s internal team. They worked hard to deliver the solution ahead of schedule and communicated well at all times,”<quote>

In 2021, HyperloopTT enters the next phase of development.

Stay up to date with news on business & technology
Thank you! Your submission has been received!
Oops! Something went wrong while submitting the form.
Build your product with specialists who have expertise in reliable and modern tools and frameworks
Contact us