We design and develop augmented reality experiences that run across platforms.

Bring content closer to your audience and increase engagement. Explore AR opportunities for your business.

Why choose nomtek for your AR project_

Working on augmented reality solutions, we've cleared lots of technical hurdles.
Let your product harness the power of every device. 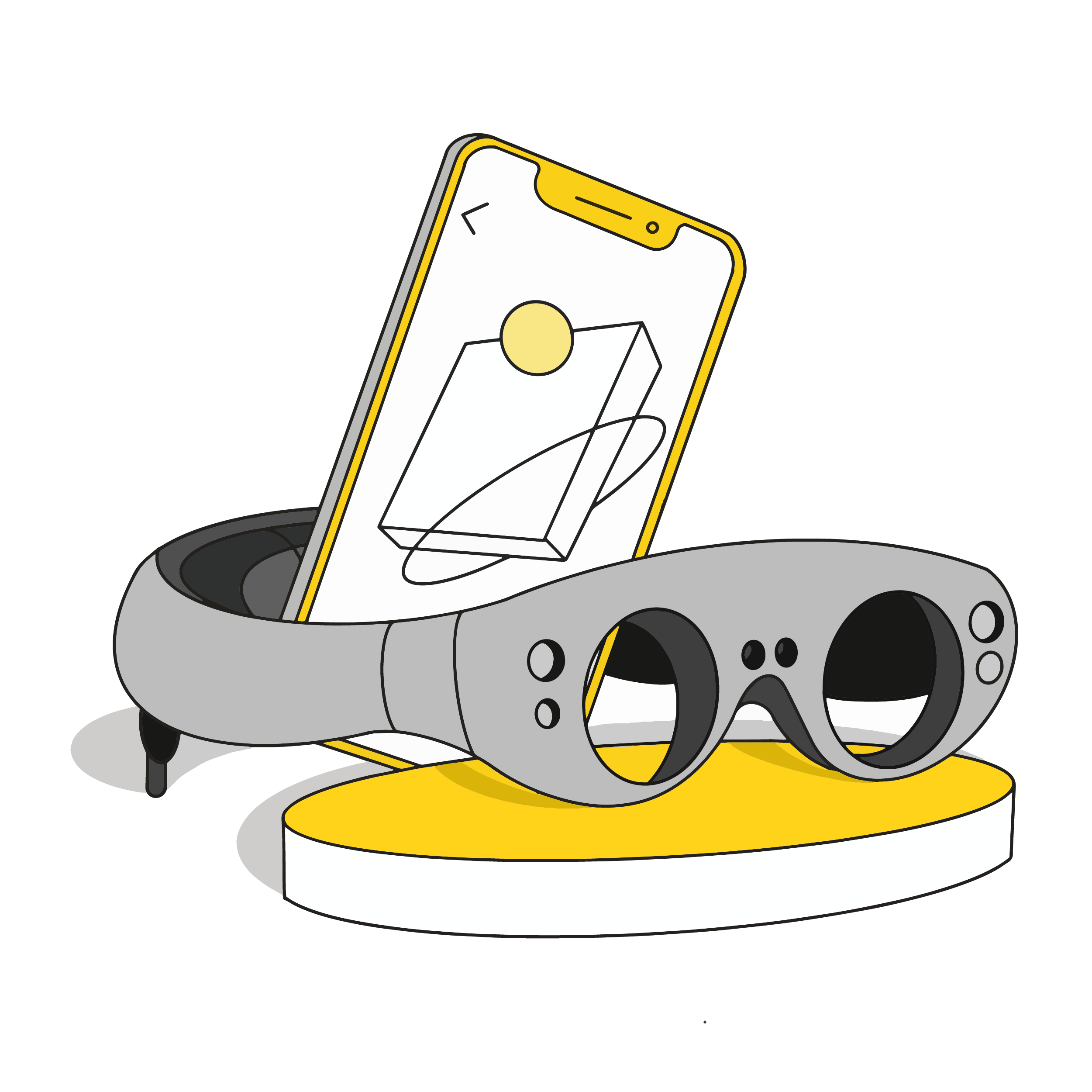 We use the best augmented reality tools to bring products to life:

Our experience with the best 3D engines on the market allows us to create top-notch augmented reality solutions.

Need an AR experience for Apple devices? We can create it with ARkit.

Created by experts from Google, ARCore is an acclaimed augmented reality development kit.

Many C++ libraries are successfully used in augmented reality development.

We use this technology to build realistic Magic Leap experiences.

We work with top brands_ 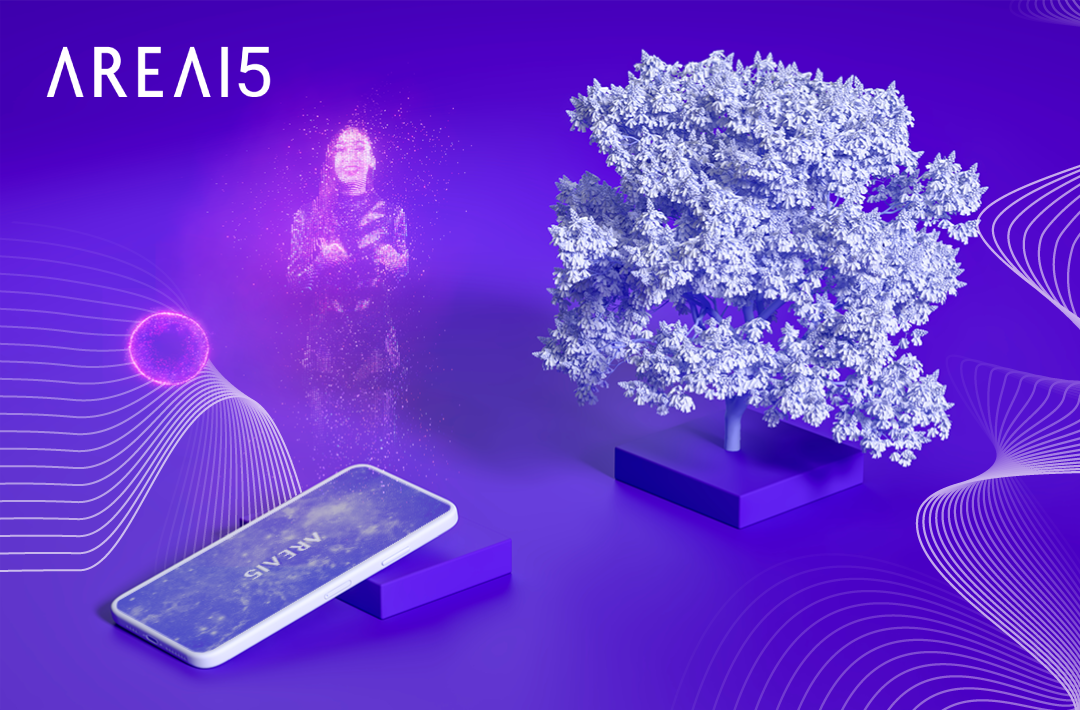 AREA15 is an immersive entertainment venue in Las Vegas, US. We worked with AREA15 to create an engaging AR app and add another layer of interactivity to the experience. 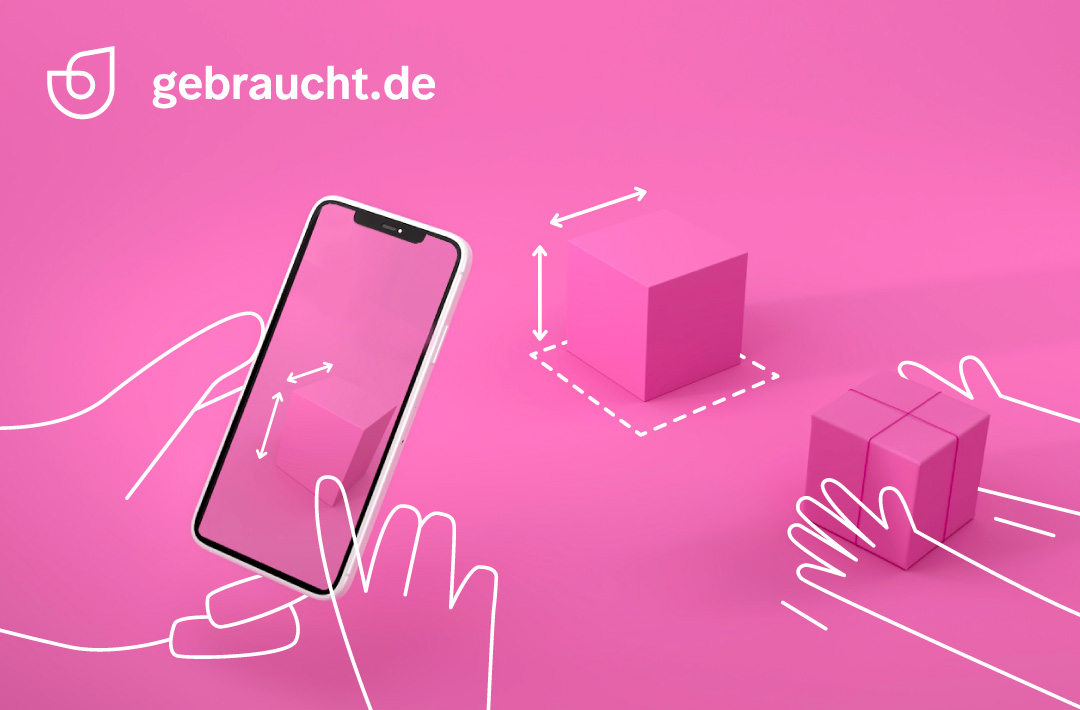 AR Smart Packaging is an augmented reality project we did for Gebraucht to help the company improve the selling process in their mobile commerce application. 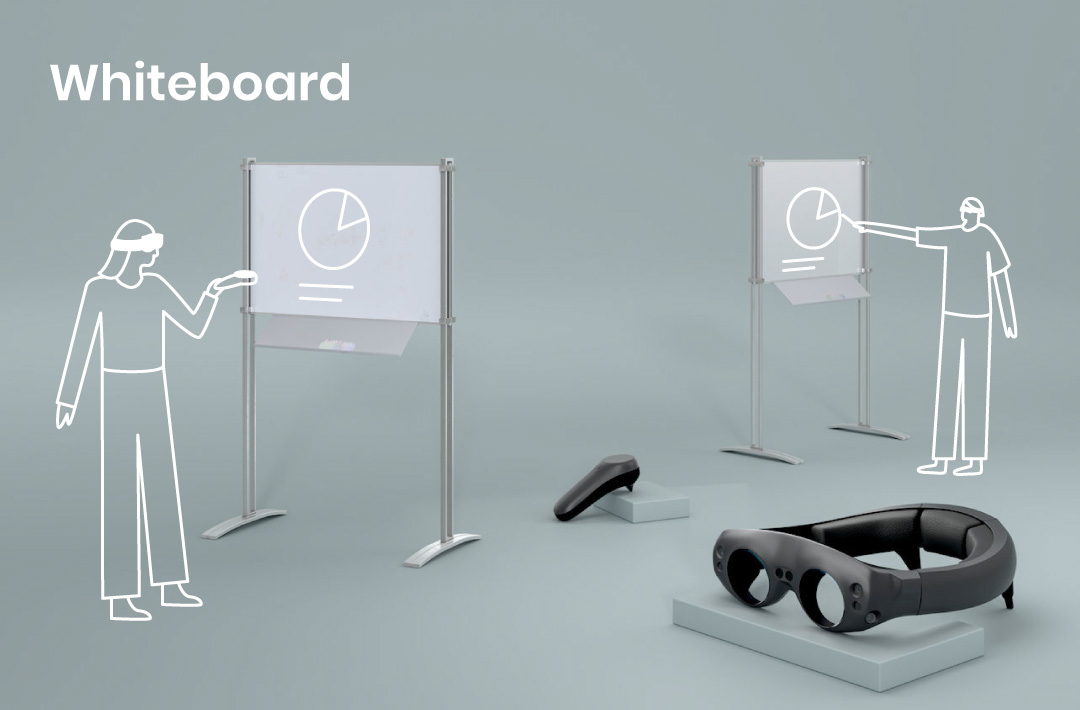 Whiteboard was our internal R&D project — another jab at Magic Leap’s capabilities in the business setting. The result is a promising proof of concept that redefined the idea of whiteboard brainstorming. 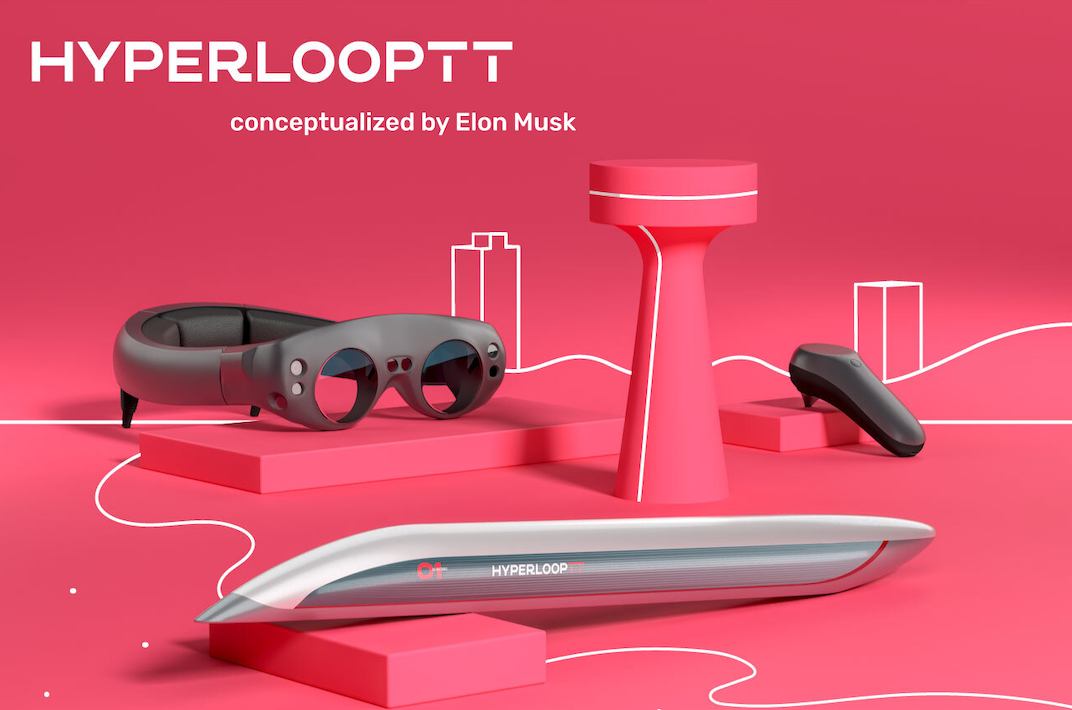 HyperloopTT is a US-based company developing a high-speed transportation system conceptualized by Elon Musk. The company partnered with Nomtek to create an augmented reality (AR) product presentation for a press conference in Cleveland, Ohio.

Nomtek has delivered over 200 apps so far. We believe that workshops and collaboration are the best way to find the product-market fit. Our offer covers product design sprints, scoping sessions, and UX audits if you already have a product.

We believe in human-centered design. Our design services include UI design, UX design, and illustration. This way, we can create a consistent and intuitive mobile augmented reality experience.

Augmented reality app development brings the best results when we work closely with our clients. Scrum methods allow for better communication and fast validation. We test and improve rapidly to deliver the best software possible.

You can be a product owner and know your product inside and out, but you still need a person to manage the backlog and the team. This is where our product managers can help you out.

AR and XR development is never complete without testing! Our QA engineers are the keepers of high quality. To make sure that your product is flawless, we take care of automated and manual QA testing.

"They’re one of the best developers I’ve ever worked with."
"The solution delivered by Nomtek has received overwhelmingly positive feedback from all test users and has inspired confidence about the success of the project among their client’s internal team. They worked hard to deliver the solution ahead of schedule and communicates well at all times."
*
Rob Miller
CMO

"The team is proactive and always trying to deliver even more than what we asked for."
"The nomtek team is very passionate about their work. I had the feeling that they made our mission their mission, clearly identifying with what we are trying to deliver. The initial feedback from the users is extremely positive. Even our pen-test team was surprised!"
*
Holger Rohden
Program Manager

"It's been a dream to work with such a talented team of people at nomtek"
"The audiovisual experience was met with positive reviews, providing a unique and engaging event. nomtek provided a high level of insight into the technology, facilitating a smooth workflow. The team works to ensure that both teams are on the same page."
*
Rania Kim
Music Artist & Creative Director

"Nomtek truly boosted our product development and our core team simply loves them."
"Nomtek works with our in-house team, joining dailies and weekly planning meetings. They constantly keep in touch with our lead engineers through Slack. They are flexible and pragmatic. Plus, they understand the urgency of delivering high-quality work at a reasonable speed."
*
Omar Moling
Senior Product Owner

"Their energy in making the most of your product’s value is unmatched."
"Nomtek is more than a reliable development partner. They are solid people you can trust with your product. Everything in the project went great and exceeded our initial expectations. These guys truly put your product's success on the top of their daily agenda."
*
Stefan Tietze
CEO

"We consider Nomtek a partner, not just a vendor. They understand our limitations and problems."
"Nomtek designed and developed our iOS and Android app. Their deliverables meet our expectations and we are happy with them. We talk nearly every day following an Agile methodology and release on average a version weekly."
*
Raz Gerstl
VP of R&D

"They have a positive attitude and are very collaborative."
"Leveraging their problem-solving skills, nomtek was able to quickly produce a high-quality app. In addition to receiving incredibly positive feedback from clients, the app’s downloads in the App Store almost quadrupled. The team continues to be a hard-working, communicative partner."
*
Timothy Duff
CEO

We have been in business for years, and we have successfully delivered over 200 projects - we know our job.

We have all the required skills under one roof, from product workshops, product design & development, to QA testing.

We are your agile, on-demand team who stay focused on software delivery to help you achieve your goals and KPI's on time.

Are augmented reality and virtual reality the same?

For instance, imagine you’re outside in your garden, and you’re wearing your AR glasses. If you see 3D characters in the garden, it’s augmented reality. However, if you can access another location within the garden, e.g., a separate room, this is closed to mixed reality. Hope that’s clearer now!

How can augmented reality be used in business?

There are plenty of practical applications, including:

The ones listed above are just some of the most popular examples. Got something else in mind? Let us know – we love a good challenge.

Which industries benefit from augmented and mixed reality technologies?

If we say that creativity is the only limit, it won’t be far from the truth. Even if you won’t find your industry on the list below, it doesn’t mean you can’t leverage the power of augmented reality. If you have an idea in mind, let us know and we’ll see what we can create together.

Some of the industries that often use AR solutions include:

How to choose the right augmented reality development company?

When choosing an augmented reality development company to work with, it pays off to remember about these things: 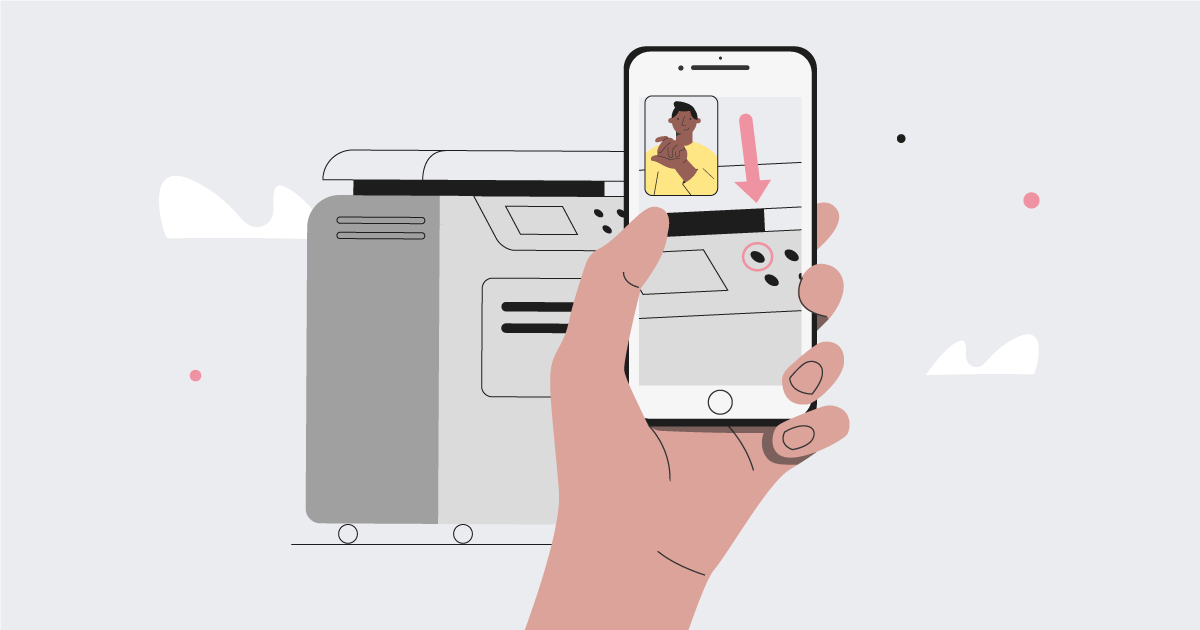 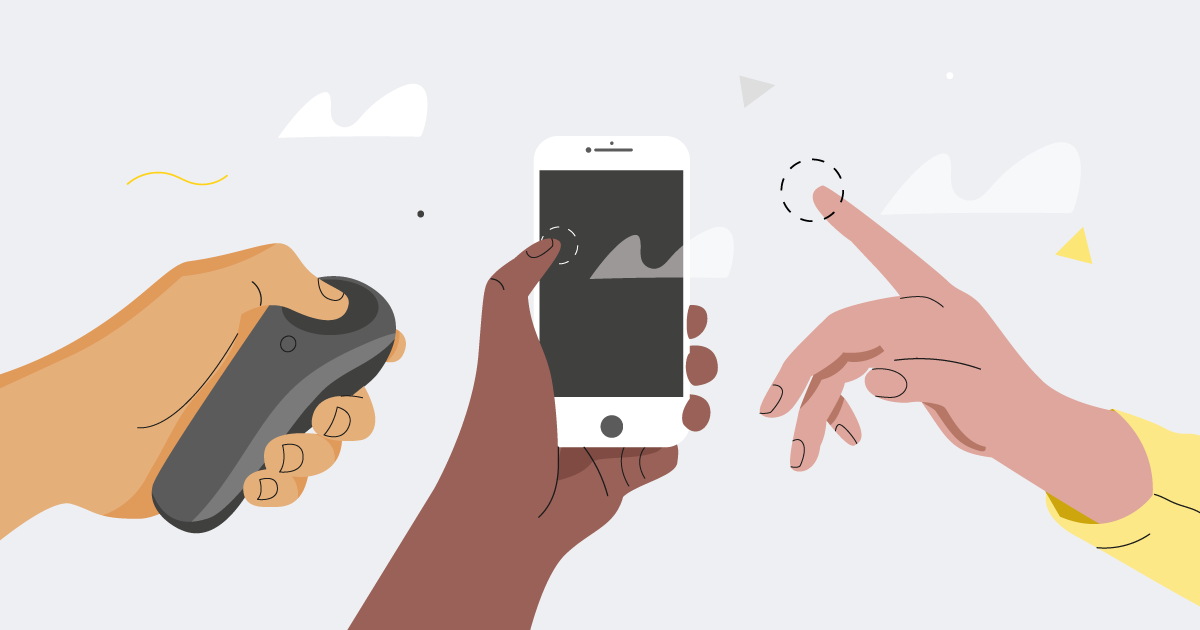 How we evaluated different input methods available for mobile augmented reality and why we didn’t choose a hand gesture-based interaction method.