Augmented Reality vs. Virtual Reality: How Are They Different?

Cross-reality experiences have been in our culture for a few decades, filling our imaginations with seemingly endless possibilities. Today, we'll take a look at augmented reality vs. virtual reality.

Both technologies have been gaining momentum for some time now, to finally reach a point where they are actively used across industries.

How are these two technologies different? What goes under the hood that makes this tech possible? Check out our AR vs. VR comparison. 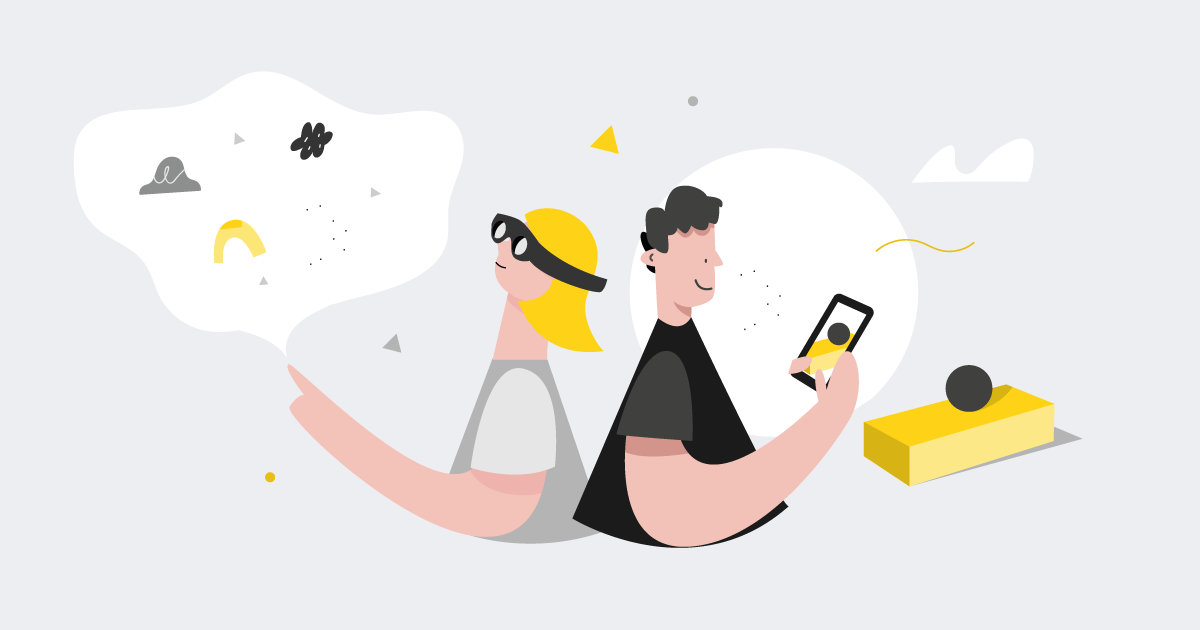 What Is Virtual Reality?

Virtual reality (VR) immerses the user in an entirely projected environment. In other words, VR is a computer-generated simulation, where the user can interact with the digital information. Imagine putting a VR headset and being dumped into an Antarctic research station to explore the compound.

VR headsets use external sensors and cameras to enable multi-level interaction and deliver a fully immersive VR experience. That level of immersion is the biggest difference in the conversation about augmented reality vs. virtual reality.

The sensors and cameras let VR headsets know where you’re looking and how you’re moving. The 6DOF (six degrees of freedom) movement tracking takes care of head and hand gesture recognition and movement identification. All this lets you move around the simulation with a 360-degree field of view.

Technology-wise, we have three distinctions of VR headsets:

Tethered VR headsets are connected to the computing device via a cable. For example, PlayStation VR to the console. Because tethered devices are plugged into strong computing units, all the video processing happens there, offering complex and highly immersive virtual reality experiences.

On the downside, the cable-based connection to the computing unit can be cumbersome.

Standalone VR headsets pack the necessary CPU, GPU, and memory inside the headset, removing the need for a cable-based connection. Freedom, alas.

In the relatively recent past, standalone headsets didn’t have enough computing power to create high-quality and complex VR experiences. This has changed somewhat with the release of Oculus Quest 2.

But there are technical limitations to the level of computing capabilities that can be integrated into a standalone VR headset, so Oculus Quest 2 still doesn’t deliver the same level of detail as tethered devices. But Quest 2 does bring some nicely detailed graphics.

Mobile VR relies on your smartphone to view the content. You simply put your phone into a special headset with lenses that split your view into two separate frames.

The benefit of mobile VR is its significantly lower cost compared to standalone and tethered headsets. Mobile VR headsets cost from $5 up.

The drawback of mobile VR is that this technology offers very limited capabilities in terms of movement recognition. But you can purchase additional equipment for that, e.g., movement sensors or remote controllers. And there’s also the inferior image quality compared to VR headsets.

In short, mobile VR doesn’t offer nearly as much immersion as tethered or standalone VR headsets, but it nevertheless lets users experience VR.

Engage your customers with extended reality experiences. Tell them a story they will remember
Contact us

Even though VR is mostly associated with gaming and entertainment, this technology is being embraced by other industries in the form of VR apps.

The Definition of Augmented Reality

There are basically two main types of AR solutions.

Marker-based augmented reality needs triggers to display content. For example, a physical object, such as a book or toy, to render a 3D interactive model in the place of that object. This technology uses image-recognition algorithms to display a 3D object in the correct position.

Markerless augmented reality doesn’t depend on trigger objects to initiate a rendering. Instead, markerless AR needs to recognize the location in which the user is to then display content.

On the hardware side of things, this is done via an accelerometer, RGB camera, and gyroscope. This way, markerless AR can “feel” the space it operates in. This is called Simultaneous Localization And Mapping (SLAM).

The majority of today’s AR experiences use SLAM, but markerless AR can also be as simple as a superimposition of objects onto an image.

Also, many types of markerless AR apps use GPS to accurately place rendered objects in an environment (outdoor or location-based AR).

Just as there are many types of augmented reality, there are also many devices that can use a variation of this technology:

A heads-up display is a layering of content on a surface to simulate a holographic image. An augmented reality HUD can be used in cars for a more immersive and convenient driving experience.

Smartglasses usually use HUD technology to project images onto one of the lenses. Most smartglasses are an extension of your mobile phone, capable of displaying information such as weather, navigation, messages, and information from companionable apps.

Facebook (Project Aria) and Apple are currently eagerly pursuing the technology to create AR glasses. However, the hardware necessary for a true AR experience — holograms instead of HUD as defined by Mark Zuckerberg — via normal-looking glasses is still at least a few years away.

AR headsets, because of their larger size compared to glasses, can pack more powerful hardware and project holograms directly into the user’s vision.

Note: Microsoft HoloLens 2 and Magic Leap One are often described as augmented reality head-mounted displays, although the companies use the term mixed reality to describe the technology.

Read why mixed reality is synonymous with augmented reality.

Mobile AR is currently the most prominent and well-known take on augmented reality. AR mobile apps inject computer-generated data into the real world to enhance it.

With mobile AR, we also have a new technology evolving rapidly — WebAR. In short, WebAR lets users enjoy AR experiences directly from the web browser on the mobile phone. This way, you don’t have to install an app for every individual AR experience — this functionality will already be included.

AR can be used in a variety of settings — e.g., business, healthcare, education, and entertainment.

Which Is Better VR or AR?

From a business perspective, currently the best bid is on AR via mobile apps. Lots of people have a mobile phone, which significantly increases potential use cases in a variety of business settings. So why else would you choose AR over VR? Most importantly, augmented reality (i.e., mobile AR) doesn’t require the use of sophisticated and often expensive hardware seen in VR.

Both AR and VR, however, can help businesses connect with customers and offer them immersive experiences. Employees can enjoy cross-reality collaboration options and improved learning capabilities.

As we watch these technologies evolve, there’s doubtless plenty of disruption to be observed. In the future, along with the sophistication of hardware, the differences between augmented reality vs. virtual reality are likely to blur.

Stay up to date with news on business & technology
Thank you! Your submission has been received!
Oops! Something went wrong while submitting the form.
Build an immersive AR experience to engage your customers and amplify your business.
Let's talk